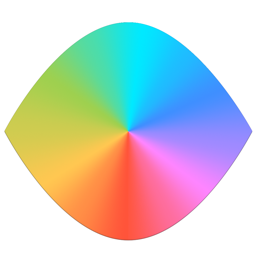 It supports the drag-and-drop (*) image file to window or get colors from picture of Clipboard (Colors that has been acquired are may not be accurate).

Note 2:Because authors do not have control over user settings as to how text is rendered (for example font smoothing or anti-aliasing), the contrast ratio for text can be evaluated with anti-aliasing turned off.

Note 3:For the purpose of Success Criteria 1.4.3 and 1.4.6, contrast is measured with respect to the specified background over which the text is rendered in normal usage. If no background color is specified, then white is assumed.

Note 6:WCAG conformance should be evaluated for color pairs specified in the content that an author would expect to appear adjacent in typical presentation. Authors need not consider unusual presentations, such as color changes made by the user agent, except where caused by authors' code.

A legally binding promise of certain qualities is not given. Alfasado is not responsible for damage. Alfasado accepts no responsibility of any kind for indirect, accompanying or subsequent damage.

Alfasado reserves the right to change or improve the software without notice or to replace it by a new development. Alfasado is not obliged to inform the buyer of changes.